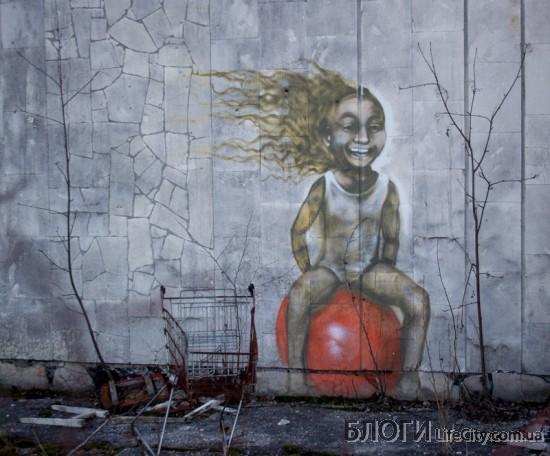 After my storyes about visiting exclusion zone, I got a lot of emails from English speaking people readers whith a requests to translate the text into English.

The road to the checkpoint Dityatki passed almost unnoticed - a lot of talk about the tragedy, recalling facts and speculations, drawn from documentary films. I was getting ready for the trip. And before I was very interested in this topic, reviewed and read a ton of stuff. A week before departure refresh existing knowledge gained, looked new documentaries to mark the 25th anniversary of the tragedy. I even found a present from my friends — license game STALKER: Shadow of Chernobyl. Played for a bit before this extreme trip. Game comes whith the t-shirt, map of Zone and pendant for a neck, but I did not take it me to Pripyat. I took a camera, three lenses and Radiometer Pripyat RKS-20.03, prudently bought the day before departure.

It is remarkable that at the gate, even before checking the documents, we got out of the bus and whalk anywhere: climbing over a barrier, taken picture near a roadblock barring us from the 30 km zone. But once we started to pass the passport control, we strictly warned that these objects shoot is strictly prohibited, and as soon as someone is caught whith camera - we were immediately sent back to civilization.

Radiation at a checkpoint - 3 times lower than Kiev: The first thing that catches your eye is on the border of the 30-kilometer exclusion zone with a world familiar to us - it's grave 5 meters from the side of the road in the woods. To enter the zone, you begin to notice the thick woods silhouettes of houses! This used to be a village, with cozy courtyards, outbuildings, farm.

Now nature has won back his own, took to their tenacious paws of all that was so dear to those who sdes born and lived. There is not seen houses and fences - they are just gone, — only trees everywhere. Already crossed the river and moved to Chernobyl. This regional center with the once 13-thousand population has now become a haven and home for station workers. There are a number of memorials and monuments, and the city, though empty, but there is no feeling of abandonment. It is quite alive and well-kept. Only small private houses, though far short of the previously described "sequestered forest", but looks too gloomy, sad and ominous ... Radiation in Chernobyl just like in Kiev, and occasionally below: 14-22 vs. 14 in Kiev. Now the administration is located in Chernobyl exclusion zone, there is a museum, monuments, symbolic space with road signs of villages that no longer exist (such as the installation is in the Museum of Chernobyl in Kiev). The city is quite a residential, not the whole, of course, but several buildings - exactly. There is a shop (in-store dry law to 18.00 do not sell alcohol), sweep the streets, lawns cut, lights work.

The surrounding villages also was sheltered the settlers. At first they were forcibly evicted, but some people came back again. At one point, they were left alone by awarding them the status of self settlers. In some villages there are two people in the other - to twenty. All of them - the elderly that are about 80 years old. Growing fruit and vegetables, take animals - in general live a normal life. Once a week, comes a car, you can order bread and some food.

The second thing you`ve notice - it's quiet! Not merely the absence of traffic noise, subway and other city echoes, namely SILENCE! It seems that nature has hidden and waiting for something ...

We drove past the memorial firefighters who died from a lethal dose of radiation received during the first hours of fighting a fire at the station.

Now it is a Realm of the forest, and taking into account the fact that the zone has about 3,000 people in the entire of exclusion zone operate all fire stations, because any fire could cause serious accident, from hence - the release of the harmful and deadly particles that are at rest in the surrounding forests.

In The village Kopachi near Chernobyl, was kindergarten. Previously, this garden was situated in the middle of a big village. But now all the houses of the village were buried Kopacsi: only little hills are seen along the road - wooden houses were buried just below the ground, and the pillars with a yellow triangular sign "Radiation" - the only reminder that the hills there under. There is left Only a few concrete buildings, including the garden and the village council building. If you do not know that they exist, you can easily drive past - from the road, despite the fact that the buildings is only a few meters away from the curb, you can not see - the forest carefully hides all there. Forest which for 26 years was the rightful owner of these lands . Identify the place can only be a small monument to those killed in World War II, located in the immediate vicinity of the road. By the way, near the monument next to a tree, the radiation level even higher than the radiation near the sarcophagus - more than 500 mR / h! But step aside - and the background is not above than in Kiev. Inside a children garden, in the room - the radiation level is much lower than the average of Kiev. Passing through the narrow overgrown path, stepping toys begin to understand that once there was a spacious playgrounds, sandpits.

Kindergarten struck his ruin: dilapidated, rotten floors, hundreds of scattered toys, children's clothes and shoes. Only by shoe size of wallow gym shoes and sandals i can determine where the adult group, and where - a nursery and kids. Exciting and touching sight. Horror and delight of the sight. Again very short scamper through the ubiquitous forest, and suddenly you begin to notice in the woods grim apartment buildings. This is it - Pripyat!

Young and modern city - a sample of the power of communism and the Soviet Union. There lived a families of nuclear scientists and other workers from around Union Station.

People of Pripyat knew no deficit, there was no queues: supermarkets was are full of food. People went here for food even from nearby towns. The high status of a small town showed the presence of the Ferris wheel, the Stadium, the series of intricate architecture - that at the time could only boast of big cities.

From Chernobyl to Pripyat about 4 kilometers - it's visible from the windows of high-rise buildings. Workers sometimes walked to work on foot. At the time of the accident Pripyat was in the way of the radioactive cloud. 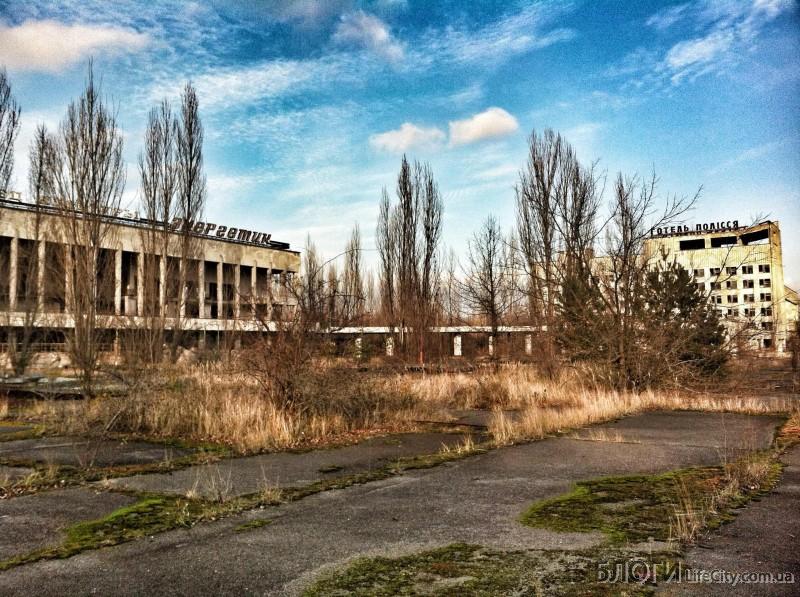 April 27 1986 was organized mass evacuation of Pripyat. People are allowed to take only a passport, some money, and most necessary things. Then all were assured that they can return within 3 days, but these days dragged on for an eternity. And now a Shadows of Chernobyl - the action of French painters, graffiti on the walls - disturbs the peace of dead city, and occasionally passing a group of tourists.

People was involved in the preparation for the 1st May, refrigerators were full of food, the streets were decorated with Soviet symbols, who would have thought that these efforts will be in vain ...

Ferris wheel was planned to launch on the 1st of May. It never ride enthusiastic kids, it will not show the panorama of hometown for kids. 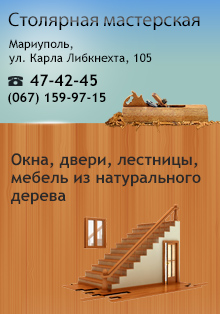